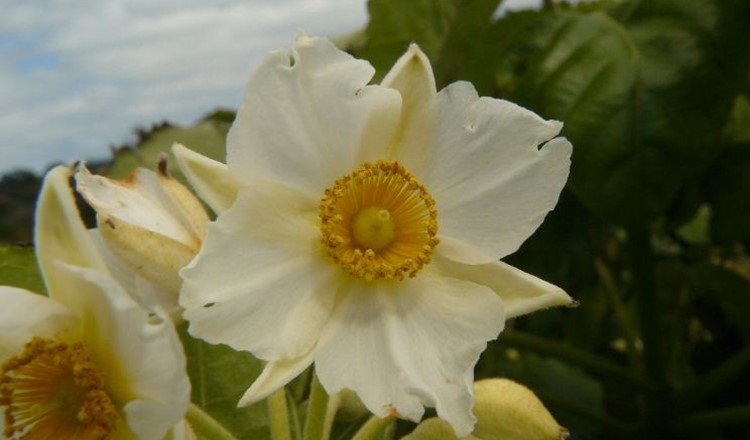 The next volunteer days are:
Until we know when Auckland is moving to Covid-19 Level 2 we cannot plan volunteer trips to Motuihe.

Assistance needed in the nursery once Auckland is at level 2

As a result of the Covid-19 lockdown the nursery has a backlog of tasks to be completed before the summer recess. We need large groups to come over and work in the nursery between the lifting of Covid-19 restrictions and the Christmas shut down.

Count Felix von Luckner ended up on Motuihe in 1918 as a prisoner of war because his ship was wrecked on a remote French Polynesian island. He decided to enter the Pacific to restock with fresh water and America had entered the war so hoped to sink American shipping. The British were patrolling Cape Horn but VL managed to evade them. He sank three American ships and took 28 men and 1 woman captive (wife of a captain). Beri beri and scurvy had become a problem so he headed to an uninhabited French island in the Society Group 450 km from Tahiti called Mopelia which had fish, water, coconuts, wild pig, tortoises. Four Kanaks, (Melanesians) including one boy were on the island. They were employees of a copra company. Two days after arriving, Seeadler was on anchor outside the reef with only a skeleton crew on board. The wind swung and Seeadler went aground on the coral reef and could not be moved. She was pounded by surf and her propeller broken. They had anchored in the outlet from the lagoon hoping the current would keep them off the land and had only intended to stay a few days. After all attempts to save the ship failed, they concentrated on salvaging as much equipment as possible and setting up camp. Eventually, after many adventures along the way,  everyone, the Germans, Americans, French and Kanaks all got back home.

The German camp set up on Mopelia. The American prisoners set up camp further along the beach. 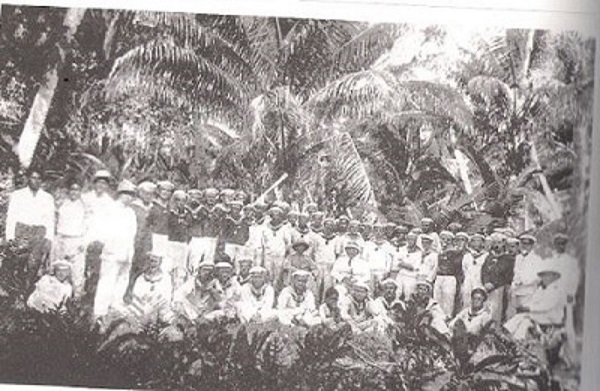 The crew of Seeadler taken after von Luckner had left in an open boat to try to capture a ship. The Kanaks can be seen far left with the boy in centre sitting down. 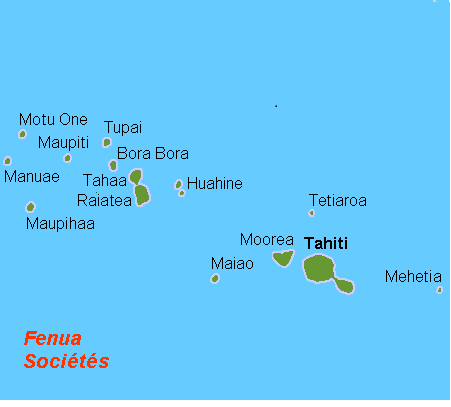 Map of the Society Islands showing how isolated Mopelia is. 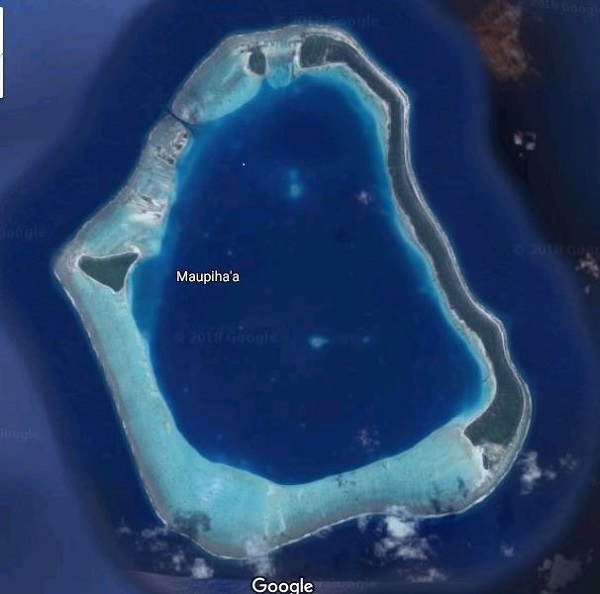 Google Earth map of Mopelia. The entrance to the lagoon is top left. The wreck would have been just outside the channel and to the south. There is no sign of the wreck today. The camp was on the narrow strip of land to the right, covered in coconut palms. The atoll is 8 km in length and the lagoon is up to 40 m deep and dotted with little islands.

The Protea Family  ( Proteaceae )
From Australia we have banksia, grevillea and the macadamia. From South Africa came leucadendron, leucospermum and the flamboyant king protea. They are all members of the protea family (Protaceae) and were introduced as potential amenity horticultural plants.  The Proteaceae are predominantly distributed across the Southern Hemisphere. New Zealand has just two endemic species; the Rewarewa (Knightia excelsa) and the lesser known toru (Torina toru).
However some introductions are regarded as pests.  The Chilean fire bush (Embrothrium coccineum) suckers overwhelm. Two hakea species from Australia, the willow leaved hakea (H.salicifolia) and the prickly hakea (H.sericea), are most invasive.  Prickly hakea is a significant weed on Rangitoto.
Proteaceae are evergreen with toothed edged (in the majority of cases) leathery leaves that help prevent drying out. A special feature of the family is the proteoid roots - dense clusters of fine hairy roots that help with the uptake of nutrients from poor soils. The ‘flowers’ are compound in that the inflorescence is actually a group of flowers arranged on a stem. Look at the photo. Each ‘pod’ indicates an individual flower.
Rewarewa seed is wind dispersed. The seeds are similar to the ‘helicopter’ seeds of the sycamore. 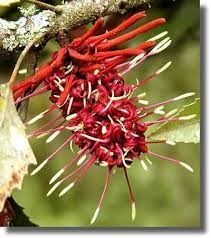 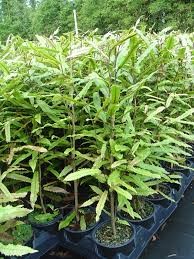 Of the two NZ species the Rewarewa (Knightia excelsa) is more widely distributed. When you next travel the Waioeka Gorge between Opotiki and Gisborne notice the Rewarewa thriving in the regenerating bush.  East Cape honey producers are blending Rewarewa  with  manuka. In late October the Eastern Lake Okataina track is carpeted with flowers discarded during feeding frenzies.
On Motuihe Island itself, from the seed of just five Rewarewa trees, there must now be well over two hundred dotted about the drier sites. As a nectar producer it is second to none. The increased Rewarewa numbers are going to truly enhance the nectar supply for our own tui and bellbirds.
When you are in the nursery please check that the Rewarewa are not too wet. Last year we lost the entire crop due to moisture loving thrips whose sucking causes a dirty silvering of the leaves.
Phil Francis----with the assistance of Shelley Heiss-Dunlop                                    .

Kiwi Translocations Review
Peter Jahn of Lincoln University published his Phd thesis in the NZ Journal of Ecology in Sept. 2021. He looked at all the kiwi release sites in NZ and Motuihe was part of that study. The biggest number of kiwis released are the brown kiwi and the majority of releases are on the mainland. The following is a quote from his recommendations:
A continuation of habitat management is critical for the achievement of long term recovery objectives. A successful translocation has been traditionally understood to be the establishment of a self sustaining population. Long term habitat management in terms of predator control and management of genetic diversity are necessary for long term persistence. Continued monitoring of translocated populations and adaptive management are crucial.
It seems we are doing all the right things.