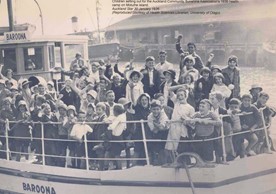 The first Children’s Health Camp on Motuihe Island was held in 1931, organised by the Auckland Community Sunshine Association[1].

The Health Camp movement had begun a decade earlier when school inspectors and doctors began expressing their concern at the poor health of many children attending primary schools. Many families were living in damp, cold, unhygienic houses, and could not afford to adequately clothe or feed their children.  Consequently large numbers of children across New Zealand were suffering from disorders and illnesses resulting from malnutrition such as tuberculosis and rickets and low resistance to common illnesses, and had other undiagnosed problems such as poor hearing, glue ear and poor eyesight.  The objective of the Health Camp movement was to provide those children with a camping experience over several weeks, with healthy food and lots of outdoor exercise, where they would regain their health and learn a set of `healthy living’ rules to take home such as:

Children at the Motuihe Health Camp

The Auckland Community Sunshine Association was formed in the late 1920’s to provide health camps for Auckland children and held its first camp in the disused Nelson St Primary School in 1928. However the school was too small to accommodate the demand and so a second Camp was opened at Ostend on Waiheke, and then in 1931 the unused Quarantine Station on Motuihe was taken over.  It was much larger and could accommodate up to 80 children at a time.  As was normal during the 1930’s the Camp was staffed by volunteers including a `Camp Commandant’, Mr G Pauling, two physical education specialists, two nurses and two teachers who took classes so that the children would not fall behind from their absence from school.  The camps ran over five months of the year and each camp lasted several weeks. Up to 1500 children attended camps on Motuihe island each year 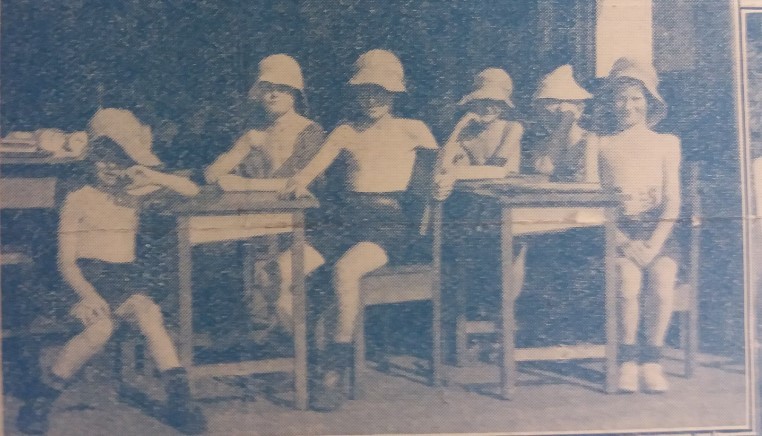 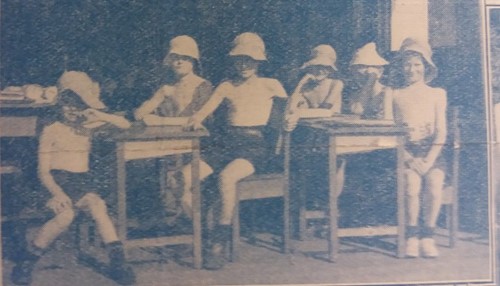 One of the first camps on the island was for a group of 72 children from the Hawkes Bay Children’s Home[2], which had been destroyed in the earthquake which flattened Napier and killed 256 people on 10 February 1931. They were brought to Auckland by the Shaw Saville liner Mataroa, which would have been a great experience in other circumstances, and had their hair trimmed by Milne & Choyce’s beauty department before travelling by ferry to the island.  To avoid disrupting their schooling and because many had no home left intact to return to, they stayed at Motuihe for the rest of 1931

Another camper whose family had been displaced by the Napier earthquake was Marjorie Hennum[3], who spent two weeks at the Camp in 1937 when she was six. Her parents had brought the family to Auckland when their house in Napier had been destroyed and her father lost his job due to the 1931 earthquake. For Marjorie's memories click here

Len Gale also attended the camp in 1937[i]. Like Marjorie, he spent two weeks there and even in 2010 when he recoded his recollections of his experiences, he could remember the food and the games they played, and the sighing of the wind in the pine trees.For Len's memories click here.

The Motuihe Island Camp closed at the end of 1940 when the Navy took over the site and named it HMNZS Tamaki as a training establishment for basic training for seamen during World War II.

Today, the Health Camp scheme has evolved into Stand Tū Māia, which is a charity providing a comprehensive social service to primary age children. It operates five camps across New Zealand, including one at Pakuranga.

[3] Interview with Motuihe Trust volunteer, May 2012