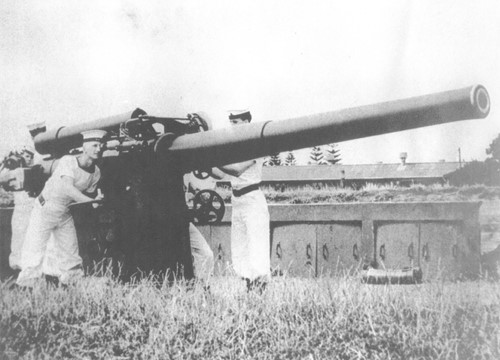 During 1942 Motuihe was part of the coastal defense network to protect Auckland from an invasion by the Japanese during WWII. 61st Battery, 9th Heavy (coast) regiment had 2 4 inch Mk iX guns which were partly manned by the Navy and partly by the army. The navy had been using the guns for training purposes and when approached by the Army to deploy the guns to defend Auckland the Navy quickly agreed. One gun was positioned up on the headland behind the graves and the other on Ocean Beach. These positions covered the channel between Waiheke and Motutapu and also Home Bay and the whole south east coast of Motutapu Island protecting it against landings. The Ocean Beach gun also covered Sergeant Channel between Waiheke and Motuihe. A telephone connected the island to the Fire Command Post on Rangitoto Island. In 1943 the gun on the point was dismounted, but the gun on the beach remained there for some years for Navy training. 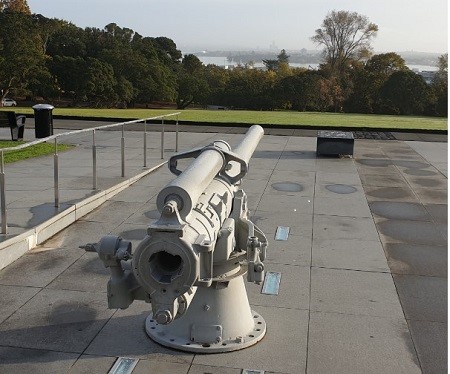 Gun emplacement on the headland. (the flag pole bracket is a later addition) 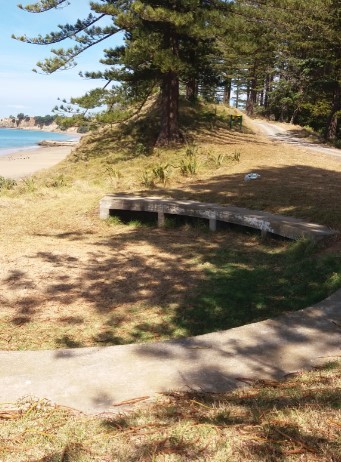 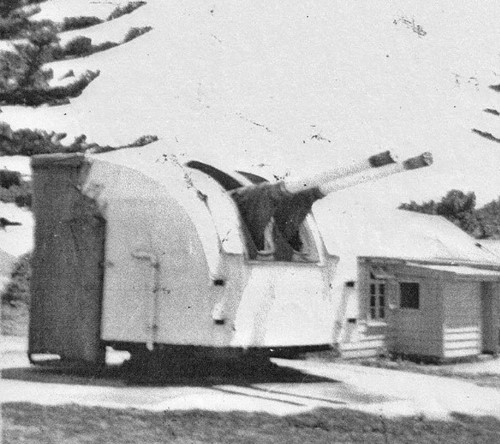 QF 4 inch Mark WVI on Twin Mark XIX Mounting. This particular one is currently at Packard and Pioneer Museum in Maungatapere.  These guns were fitted on Leander class cruises and may have been mounted as a training unit midway between the water tower and cemetery point on the Motutapu side. 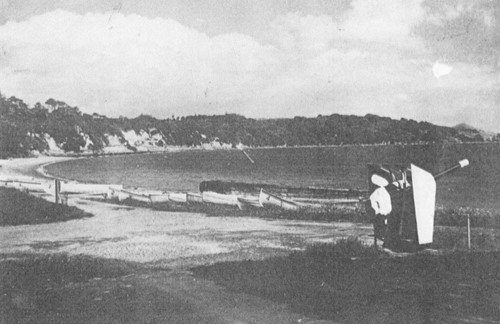 This gun is located at Wharf Bay. It may have been for ceremonial purposes or used as a “gate guardian” or to make HMNZS Tamaki look more like a Naval establishment.  Source of the photo is unknown. 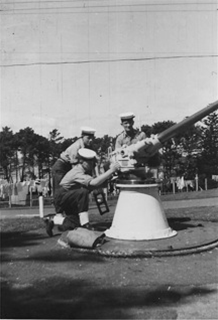 QF 6 pdr Hotchkiss gun used in this context in anti-aircraft work. Remained in service until the 1950s. Very successful gun.  May now be located on the North yard of Philomel at the parade ground.  May have been used as a signal gun or saluting gun.

Thank you all for your contributions. If anyone has additional information or would like to make a contribution please contact Fiona Alexander at info@motuihe.org.nz.

Submarine Boom
During WWII there was one submarine boom built in Auckland. There were anti boat piles coming out 500 yards from North Head and 740 yards from Bastion Point. The 700 yards gap in the middle was a boom operated by a boat. Anyone going to Motuihe had to pass through the boom. The Auckland Harbour Board removed the boom and piles in September 1945.

There were also mine fields layed by the Australian Navy between Tiritiri Matangi to Noises, Rakino and Motutapu.